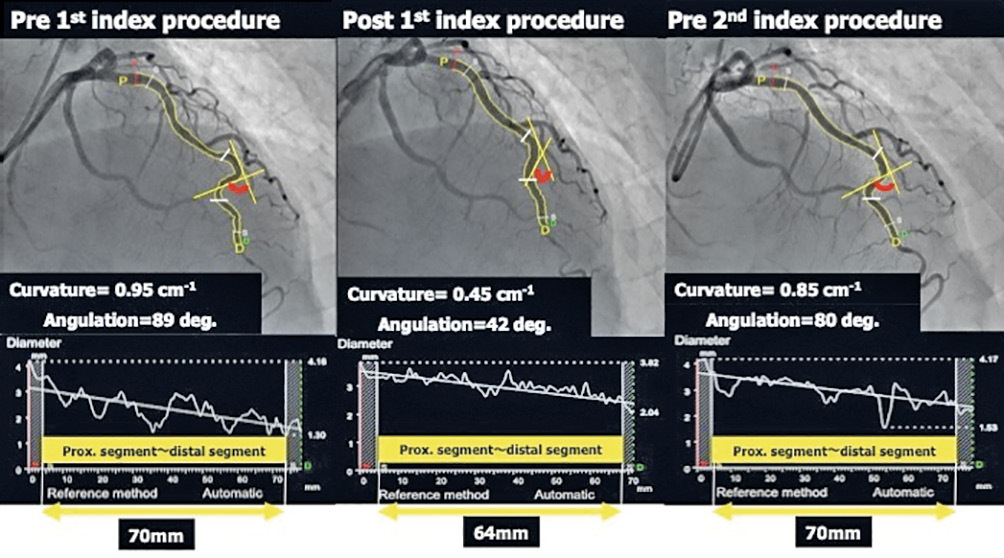 In the present case, the quantitative CAG analysis suggested that shortening of the overlapping segment and the gap between the two second-generation DESs might have occurred due to 1) straightening of the vessel curves after metallic stent implantation and 2) geometric changes caused by stent placement (Figure).

After the gap, caused by continuous stress during cardiac cycle, was created between the two second-generation DESs in the LAD, mechanical stress imposed on the stent edges would cause vessel wall injury and inflammation, characterised by the deposition of platelets and fibrin, as well as adhesions of circulating neutrophils and macrophages, which might lead to restenosis.

Previous studies reported that the PtCr-EESs with higher bending flexibility had greater fracture resistance against more severe angulation ranges than the other second-generation drug-eluting stents. In this case, the PtCr-EES was thus selected for significant restenosis at the gap between the two metal stents.