Pulmonary arterial hypertension (PAH), characterised as the remodelling of small pulmonary arteries and increased pulmonary vascular resistance, is a major cause of progressive right heart failure and premature death. Major therapeutic advances have been achieved in the past 30 years, with the introduction of novel compounds targeting the three key humoral pathways, involving vasoconstrictors (endothelin-1 [ET-1]), as well as vasodilators (nitric oxide [NO] and prostacyclin I2 [PGI2]), in the development and progression of PAH. Evidence shows that the current targeted drugs, especially combination therapy, can improve clinical symptoms, haemodynamics, functional capacity, and even survival in PAH. Unfortunately, the disease remains incurable and the prognosis is still poor.

Under these circumstances, could therapeutic breakthroughs for PAH be achieved from a totally different pathogenic mechanism (i.e., the neural pathway)? In this issue of AsiaIntervention, Zhang and colleagues, led by Dr Shao-Liang Chen1 from Nanjing First Hospital in China, write about their efforts over the last decade to find another way out.

The pulmonary vasculature is predominantly innervated by sympathetic nerves (SNs, ~71%), with branches forming an adventitial nerve plexus, releasing and metabolising >40% of circulating catecholamines2. Increased SN activity and circulating catecholamines have been demonstrated in patients with PAH, suggesting that SN overactivation plays a critical role in the pathophysiology of PAH.

Emerging preclinical data provided the efficacy and safety of PADN as a novel potential treatment for PAH. Accordingly, Chen et al conducted the first-in-man PADN-1 phase I study in 2012, which included 21 idiopathic PAH patients who were refractory to optimal targeted medications; 13 underwent PADN. The reduction in mean pulmonary artery pressure was 20% immediately after the procedure and 35% at 3-month follow-up, accompanied by a 92-metre increase in 6-minute walking distance7.

In the current issue of AsiaIntervention, Zhang et al report on the long-term outcome of PADN for PAH, which was the first study in this area so far. Patients with World Health Organization (WHO) Functional Class I to IV were all enrolled. Even patients with WHO Functional Class III/IV had a 3-year mortality of 17.6%, which provided promising evidence for further investigation of this technique for PAH. Further studies should focus on procedure improvement, including advanced instruments, precise ablation targets and tailored strategies. This study also had some limitations. It would be interesting to include a control group with drug therapy only. Additionally, most patients received monotherapy, which may affect the long-term outcome.

Inspired by Chen’s pioneering work on PADN, more and more medical teams around the world are dedicated to furthering research on PADN for pulmonary hypertension. Multiple technical improvements to PADN have been introduced, such as 3-dimensional anatomical reconstruction of the right ventricular outflow tract and pulmonary arteries using a remote magnetic navigation system, as well as non-contact in-depth ablation using therapeutic intravascular ultrasound.

PAH remains a global challenge because not all patients respond well to the current targeted drugs. PADN is an effective method and can serve as an alternative for those non-responders to medication. Novel technologies for enhancing the effect of PADN need to be developed and tested in adequately-powered trials. 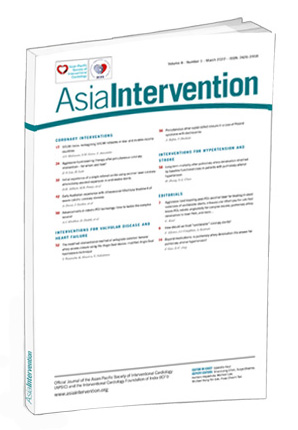