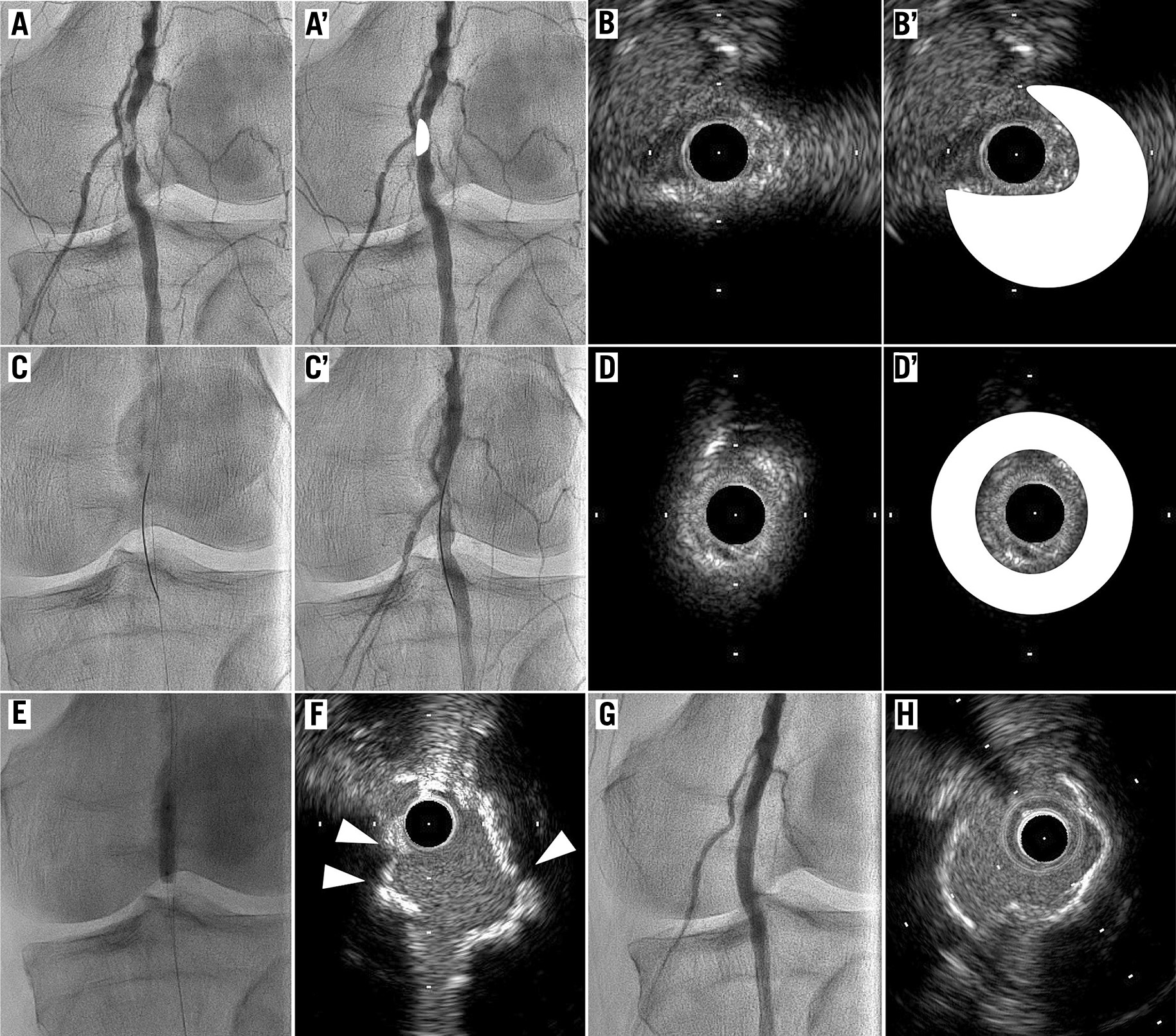 An 84-year-old man presented with severe eccentric stenosis of the left popliteal artery (Panels A and A’, white colour indicates calcification). After crossing the lesion with a tapered tip 1g 0.014 inch guidewire, and dilatation with a 1.5 mm balloon, intravascular ultrasound (IVUS) demonstrated eccentric bulky calcified nodules (Panels B and B’, white colour indicates calcification; Moving image 1). A conventional larger balloon dilatation in this lumen would have caused an under-expansion, and therefore, we tried a novel CanPath technique: passing through bulky calcified nodules using a TruePath™ CTO device (Boston Scientific, Marlborough, MA, USA), which consisted of a 0.018 inch wire with a rotating distal diamond-coated tip1. The CanPath technique, which is indicated for the longitudinal penetration of calcified nodules using the TruePath CTO device under fluoroscopy guidance, could create an intraluminal pathway. After performing this technique (Panels C and C’), IVUS demonstrated that the wire was located in the middle of the calcification (Panels D and D’, white colour indicates calcification; Moving image 2). After dilatation with a 4.0 mm cutting balloon, the IVUS revealed some cracks in the calcification (Panels E and F, arrowheads indicate cracks). Subsequent to dilatation with a 5.0 mm balloon, the final angiogram and IVUS demonstrated that the lesion had become well-expanded without a stent implantation (Panels G and H; Moving image 3). Freedom from any target vessel revascularisation has lasted for 12 months.

The main advantage of the CanPath technique was the increased deliverability of the 0.014 inch system because of the 0.018 inch debulking effect, which should be investigated further. This technique has the limitation of its cost, which requires the TruePath CTO device and IVUS.

We would like to express our gratitude to Mr. John Martin for his grammatical assistance.